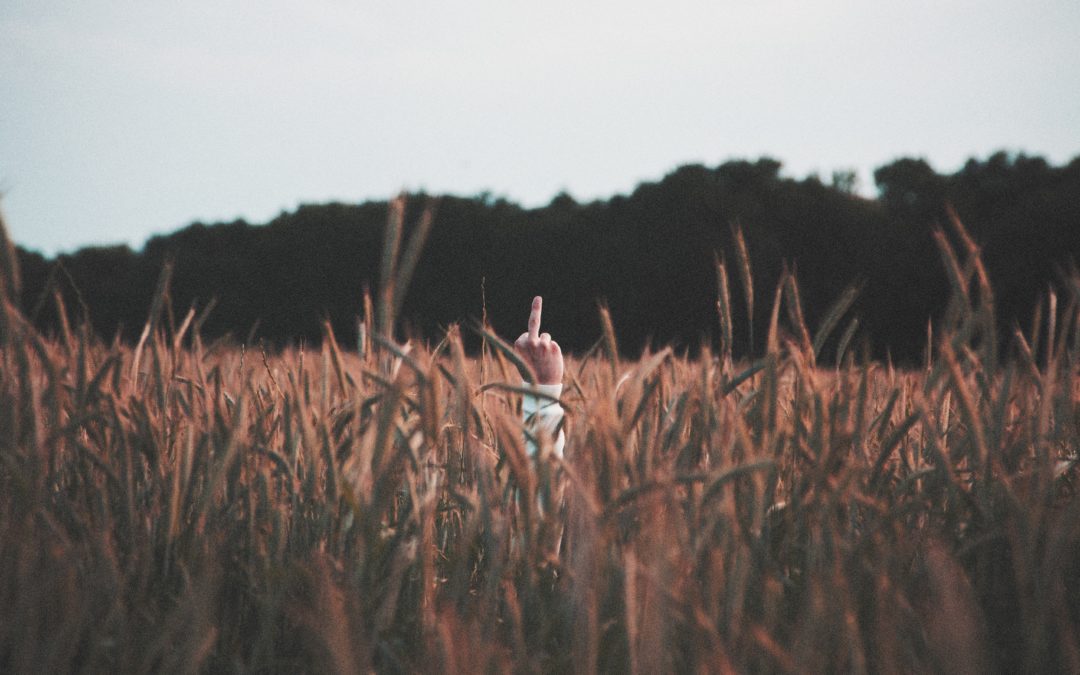 They say hindsight is 20-20. We’ve worked with couples 2 years before their wedding and after first and second anniversaries, after babies and holiday cards, moves into new places and more. We hear all the struggles before and after the wedding day, from not finding the perfect color organza bags for the exit toss to tears over contract stipulations outlining photo delivery dates, there is stress and drama once you come down from cloud 9.

These 10 regrets are from real people that came up over and over as they went through the process, and they shared them in hopes that they could help those after them avoid these pitfalls. They’re in no particular order btw.

1.Not hiring a wedding planner

This is a challenge I struggled with myself. I am a type-a perfectionist. A planner. A Virgo who lives and dies by checklists. Well, come the week of my wedding, (and even worse on the day of), I realized I was the sole point person for everything. The 150 mini pumpkins I needed to sign for delivery of and spray paint the week of the wedding in my garage in NY in November. Getting the truckloads of decor to my venue when we only had a sedan. The flower delivery, the photographer arrival, the videographer arrival, the hair and makeup artists’ arrival. Getting the right tip envelope to the right people. Finding my grandmother when she wandered off in a state of dementia so she could have her curlers let down–it was a nightmare. I thought I could do everything and I failed. If there is a lesson to be learned here, it’s either delegate out responsibilities to your future spouse or wedding party or hire a planner. Most of my struggles would have been solved with a month-of coordination package, but I figured, “oh the venue has a maitre d I’ll be fine.” Wrong. You need a lot more help than you think in those last 30 days. Also, if you have a lead on how to clone yourself, I could still use that tech post-wedding, just sayin’ 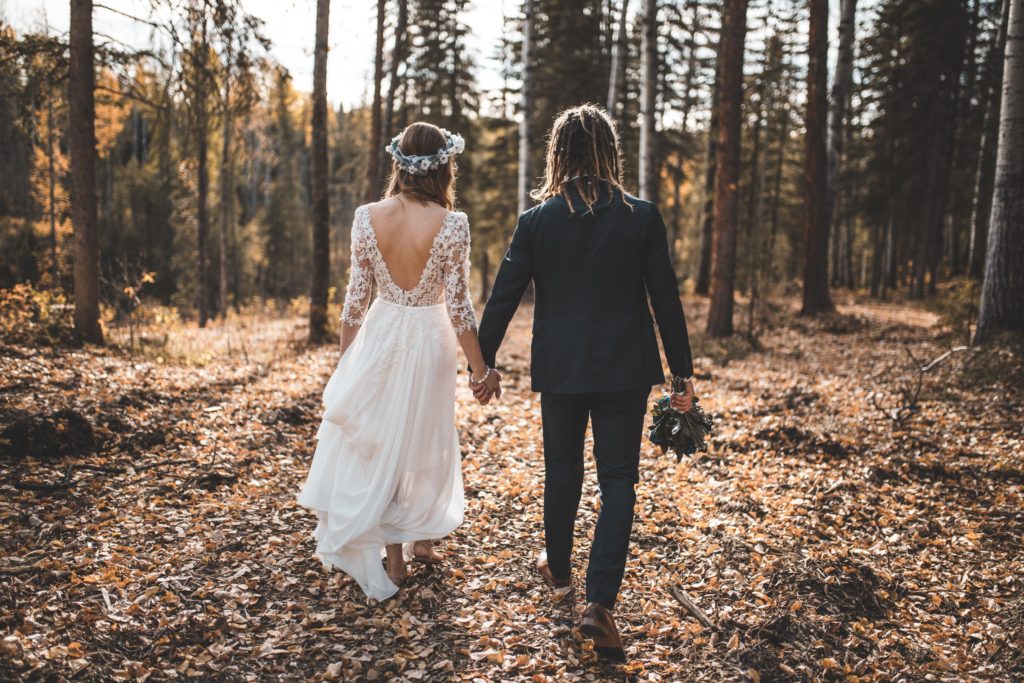 Take a minute to be alone with each other and appreciate all of your hard work.

2. Getting some alone time with your spouse

Some people take advantage of this during a first look, but if you’re not doing one of those, make sure to take some time for just the two of you after the ceremony. Just a few minutes to reflect and look at the culmination of all the planning really makes you appreciate each other. And it’s your day. Spend a moment together before the dancing turns your legs to jelly and impotence from alcohol (OF YOUR LEGS PEOPLE) kicks in.

3. Not reading your contracts

Immediately after your wedding, you’re going to want to relive it over and over again. Naturally, this is where all the documentation kicks in. You’ll probably wake up and scroll your social media feeds for your hashtag, your 99+ notifications and just soak up all the love. But the best is yet to come–pro photos and video. Make sure you’ve read your contracts so you know exactly when to expect delivery of these items and what you should receive. There are a wide variety of packages of both photo and video coverage out there and nothing is worse than having to wait to get it back, or getting it back and it not fulfilling your expectations. Make sure to purchase contracts with terms you agree to and actually read before signing. Details to look out for are hours of coverage (check these against your wedding day timeline to make sure everything you want will be included), delivery date, length of the video, turnaround time for photos, footage included and delivery dates. 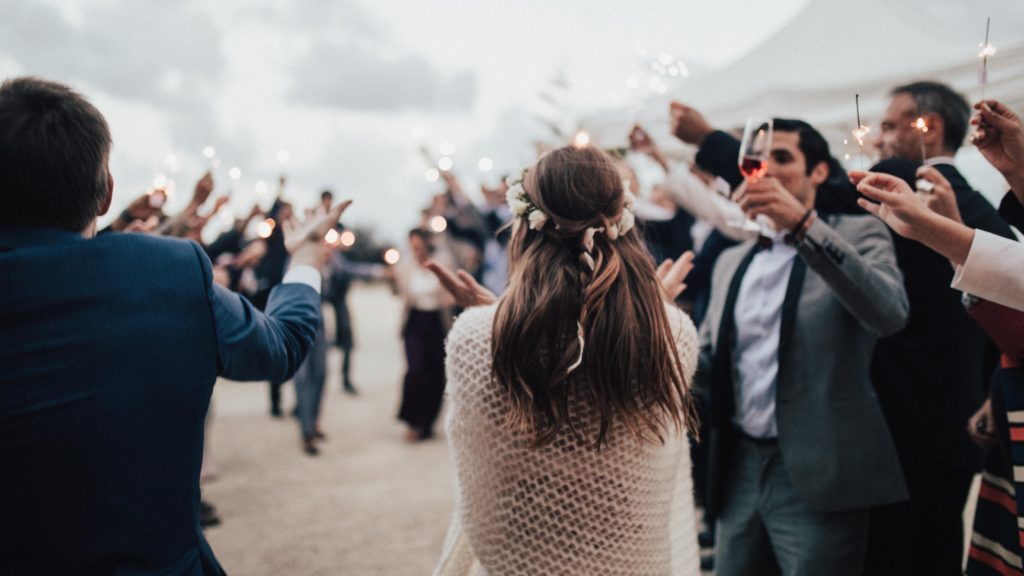 This is probably the most common regret I see couples have, and it’s honestly no surprise to me. Think about how involved we are with video on a daily basis. The hours of youtube wormholes, the stories on social media that live for 24 hours. If a picture is worth a thousand words, a video is worth 10,000. You will want to watch your ceremony from a guest’s perspective. You’ll want to hear the voice of those giving your speeches because one day they won’t be here. (morbid but true). A wedding video is worth the investment because you will get to relive your wedding day and notice different things as the two of you grow old together that you would have otherwise forgotten.

One of the best ways to relieve wedding anxiety is to make all those decisions easier. Our wedding aesthetic workbook provides a roadmap to your wedding style and guides you to:

a. find your vibe and

b. plan the best wedding ever.

This guide helps you find ways to visually convey your personality as a couple via design. We believe in following hearts, not trends, and the workbook shows you what to focus on.

do you want wedding planning to be fun?

5. Not making a photo album right away

Life gets hella busy. Immediately after your wedding, you’ll probably feel like “omg what am I going to do with all this extra TIME” Well darling, MAKE YOUR DAMN WEDDING ALBUM. Bonus points if one is included with your photo package. [Yes. They are expensive, but they’re also a beast to make. I’m a professional designer and mine still took me over 36 hours]  I promise you, if you don’t make it right away, you won’t find the motivation to do it at all. Other time sucks will creep in and fill the void that you once occupied by wedding planning. If you don’t have an album by the holiday season after your photo delivery for everyone to see and share, you’re doing it wrong. Print your photos. They can’t live in the cloud forever, and you will look at an album. Promise. 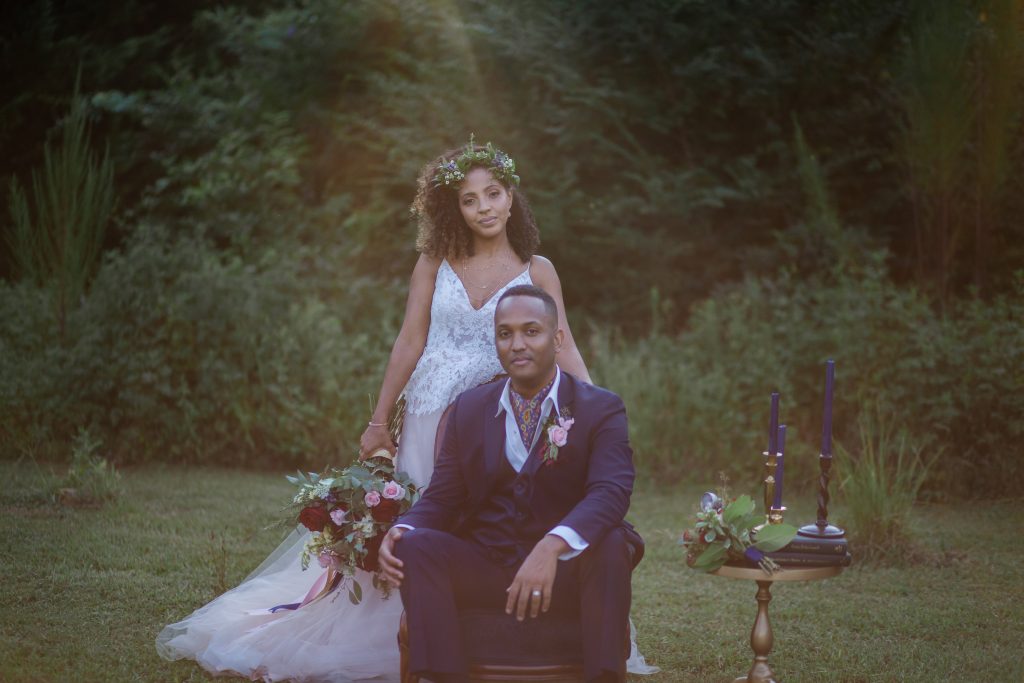 You know who your ride or die people are. Pick them for your wedding party and don’t look back.
Photo by Images by Amber Robinson

Don’t choose people because you feel you need to. Don’t pick a bridesmaid because you were her bridesmaid once upon a time. Don’t pick your best man because he’s your oldest friend of the bunch. Pick your ride or die people. The people who are there for you NOW, because if they’re not there for you in your time of need before your wedding, they’re not going to be there when you do require their support. Be clear as punch about what you expect of them and if they are causing you more stress than it’s worth, don’t be afraid to boot them. They will live on in photos and video and you want to make sure you can share those photos without cropping or grinding your teeth. You know who is there for you when you need them, trust your gut.

7. Not getting a photo with my [insert item/person here]

Listen here. No photographer is going to be inside of your head. Ask your photographer for their shot list ahead of time so you can make sure the details you want are included. If you have a certain pet or family member, be explicit about getting a photo with that being included. I haven’t asked my photographer friends how they feel about couples giving them shot lists, but I’m going to go out on a limb and say they don’t love it. So ask them for theirs first, and work together to make sure you both achieve the end product you want.

8. Inviting people out of obligation

Don’t do it. Once you say yes to one, it’s a domino effect. I often hear people say “I don’t want to meet anyone at my wedding” and if that’s you, stick to it. As a reminder, you are paying for these people. Don’t invite anyone you wouldn’t pay for a surf and turf dinner for. 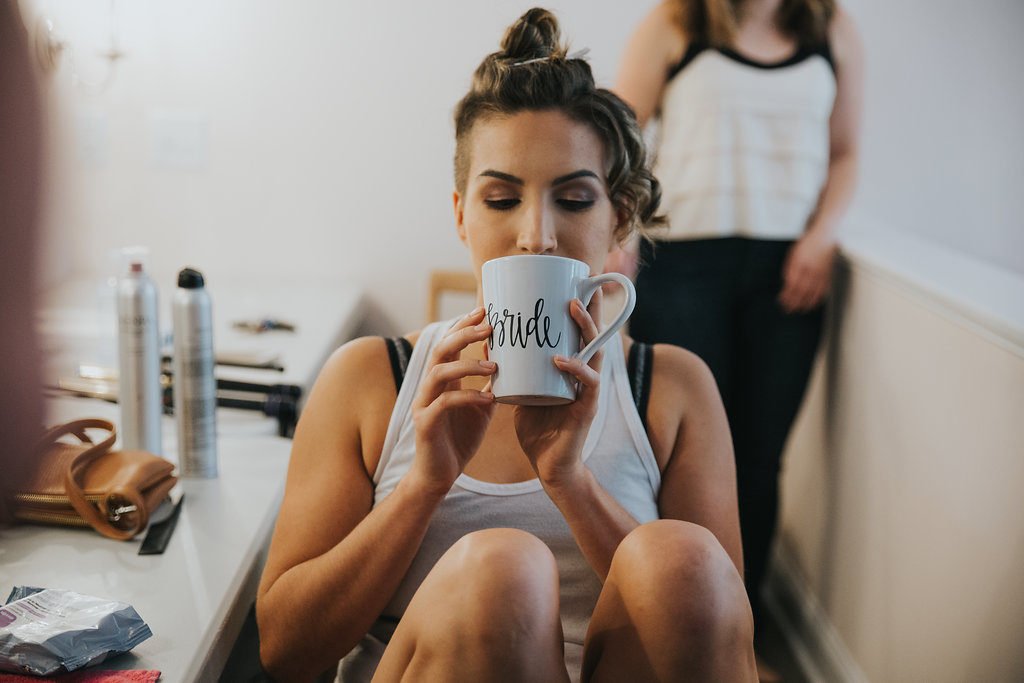 Girl, is that Vodka in that cup? Cause you may need it. Photo by JP Lord Photography

We all have budgets. We all have priorities for that budget. But even if you think you don’t care about [insert your lowest priority here] I would ask you to consider how you would feel if that thing went wrong. Food can make people sick. Cakes can fall during the course of the day. Makeup can melt off your face, hair can come undone. And photos. Photos are a big one here. Many people don’t consider hiring a pro photographer because they’re not photo people or they hate being in front of the camera. But your wedding, whether you like it or not, may be one of the only opportunities for pictures of the ones you love. My photographer friends get requests for images for funerals a lot. What if you didn’t have a picture of your father that day? Before you dismiss something, make sure you consider the worst possible outcome of it going wrong. 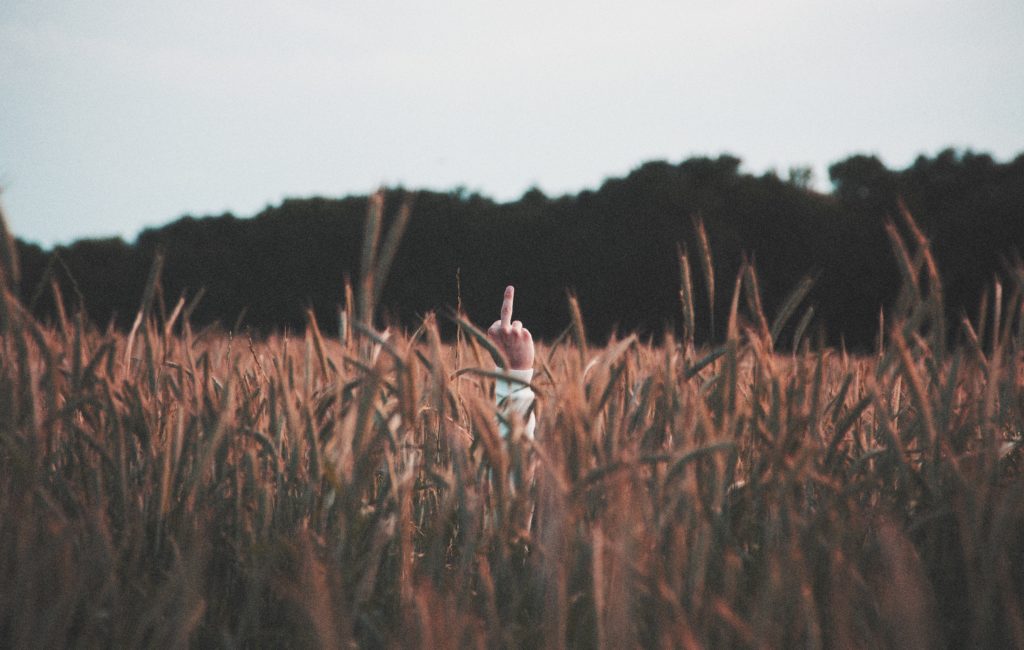 Calling off a wedding is embarassing, divorce is a hell of a lot harder. Ask the tough questions first.

So, this is thrown out there most often as a joke, but it’s worth noting that the only time people mentioned the money spent on a wedding was because they spent it on marrying the wrong person. I’ve never met someone who told me that they blew their budget on something they didn’t end up treasuring. So make sure you do your due diligence and ask tough questions to each other before going through with it. Calling off a wedding is embarrassing, but going through a divorce is a lot harder.

Have anything to add? Leave it in the comments below.